Hello!! This is the author.

I actually wanted to post this last night but slept instead…

Anyway, this is the last chapter’s continuation.

[Yes, is something the matter? ]

The answer from the proprietress stirred some anxiety.

[Nothing important, It’s just the time for housekeeping…]

Since it is an inn,  I thought the place is cleaned and there is a change of the bed sheets and such but is there any problem?

[ Then can you promise not to go out of the room for an hour from eight to nine?  I don’t recommend being inside the inn if you can’t make that promise…..]

The proprietress said whilst approaching with a somewhat terrific force.

Looking at her closely makes her doll-like features a little scary.

I stuttered whilst replying…

[Then, thanks in advance.]

The proprietress said whilst going back in order to clean the kitchen.

I went back into my room,  opened the window I had closed and let the fresh morning air into the room.

In the room is a soft and fluffy bed, a thick desk with a simple chair. All of them are in good harmony and provide a clean atmosphere.

I took out a recently trending novel and began to read in order to kill time.

It’s a book about a certain woman in a different world – I had trouble wrapping my head around the concept of a different world – who confronts various events which occur whilst managing an Inn. The actual situation and the management of the inn are written in a funny way whilst being a bit dramatized,  there is the glee lacking in conventional novels.

The conventional novel is adapted from a hero who did many heroic deeds.  In the end he defeats the demon king and then marries the princess and has a happily ever after ending. The deciding factor is how interesting the content is.

Another feature of the book is that the woman was a so-called ‘ fall-out ‘ adventurer who had neither magic nor power before she crossed worlds. After the crossing she adapted to a changed world and became the strongest existence  in the new world.

If it would have been me I would have gone on a rampage to clear my pent-up anger but the woman started an inn to live peacefully.

It has gotten popular to have a good impression of the woman despite her getting criticized for not rampaging even though she is the strongest.

I think it might be strange but I thought “I don’t have the ability to write novels.”.

The proprietress is still cleaning the front door, who could it be?

[Customer, I am here to replace the bed sheets. ]

The voice answering my question sounded like the proprietress?

I looked out of the window hastily but couldn’t see the figure of the proprietress any more.

[Eh? Weren’t you cleaning the front door just a minute ago?]

[Customer? Do you mind if I intrude your room? ]

I invited the proprietress into the room at once.

[Thank you, then let me replace it. Oh? This book… May I ask if this is the book that got really popular recently?]

The proprietress who noticed the book took it and held it in her hand for a while.

I talked about the book’s popularity whilst trying to remind her of the bedsheets. She didn’t react much and put the book back onto the desk.

I somehow got really embarrassed when I saw the appearance of the proprietress stripping off the bed sheet.

[I would like to read it if I have a chance. Well then, I shall take my leave.]

The door closed and I was alone again.

When I looked out of the window by chance I saw the proprietress cleaning the front door?!?

I got puzzled when I heard a voice.

[Customer? I have the replacement sheet, may I come in? ]

[Didn’t you just leave a few moments ago?]

Not even ten seconds had passed since she left.

I was at a loss to the proprietress who had come back at that speed.

[Hello? I came to replace the bed sheet.]

After I opened the door whilst being surprised the figure of the proprietress disappeared from the door. The proprietress exchanged the bed sheet without sparing the book a glance and a clean impression returned to the bed.

[Is something the matter? ]

[You were cleaning outside, right?]

It was very questionable.

If the proprietress wouldn’t have been expressionless I might have completely fallen in love with her.

It was a appearance with such a destructive power.

[Well then, I shall take my leave.]

After I had stiffened the proprietress left the room.

Lying in the bed I couldn’t stop having delusions about how it would have looked if the proprietress said that sentence whilst smiling.

Once again there is the figure of the proprietress cleaning the front door.

This was a mysterious experience that I can now talk about. Still, the proprietress is a beautiful person.

Next time I would like to ask for help from the inn.

6 thoughts on “The secret wish of adventurer girl Part II” 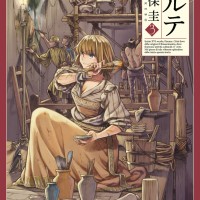 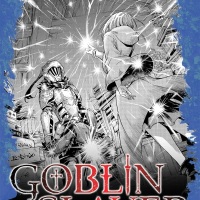